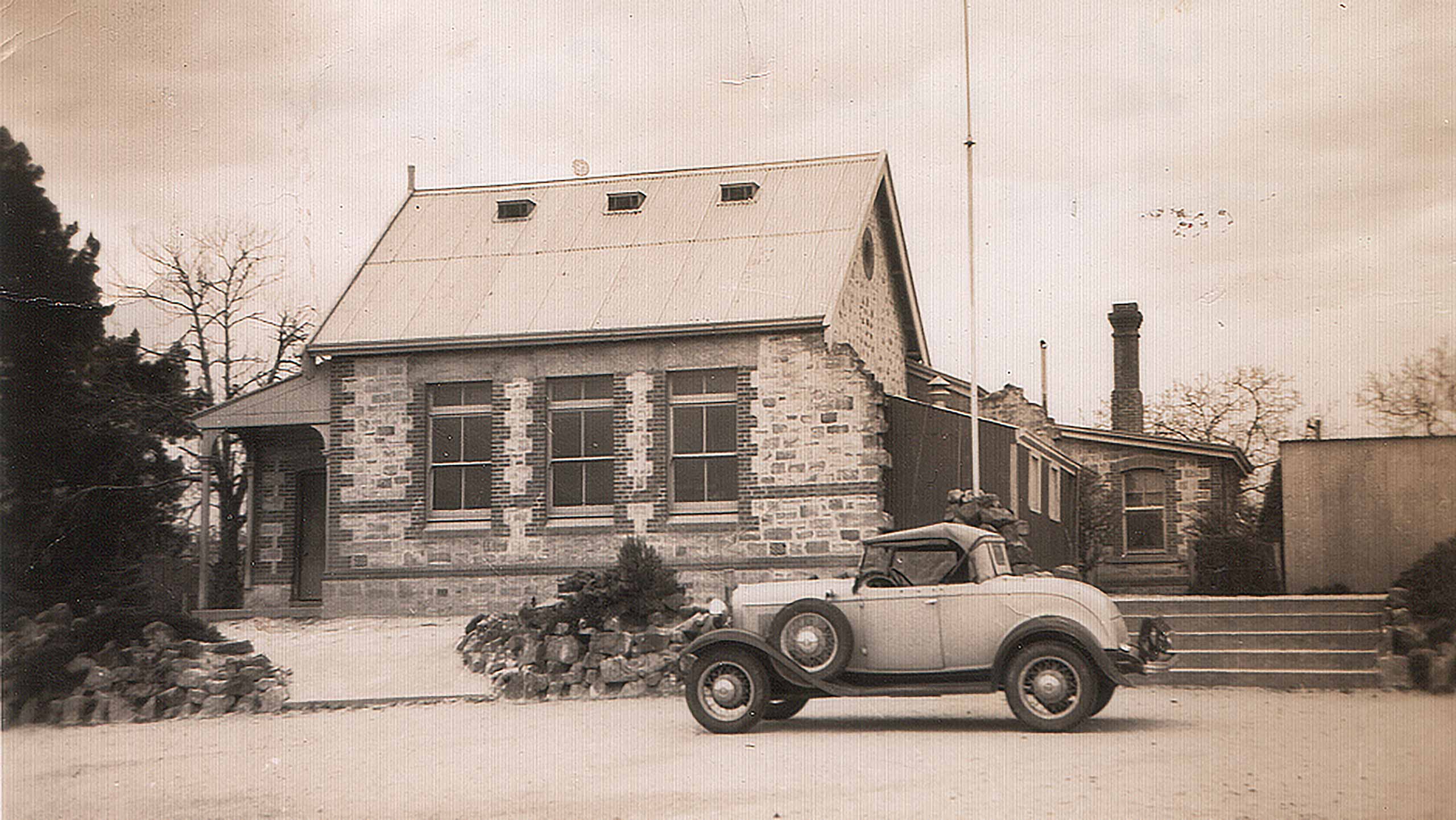 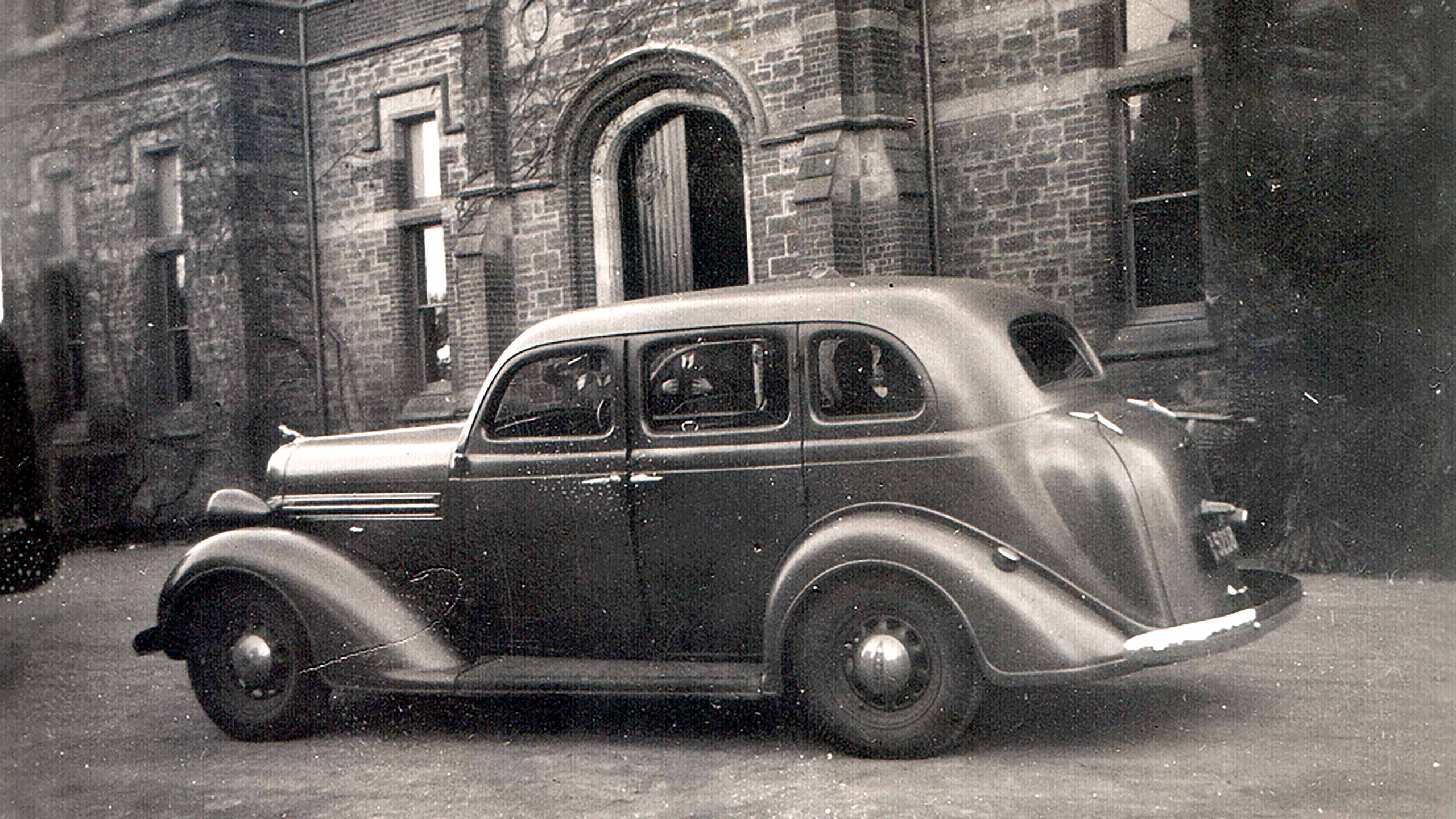 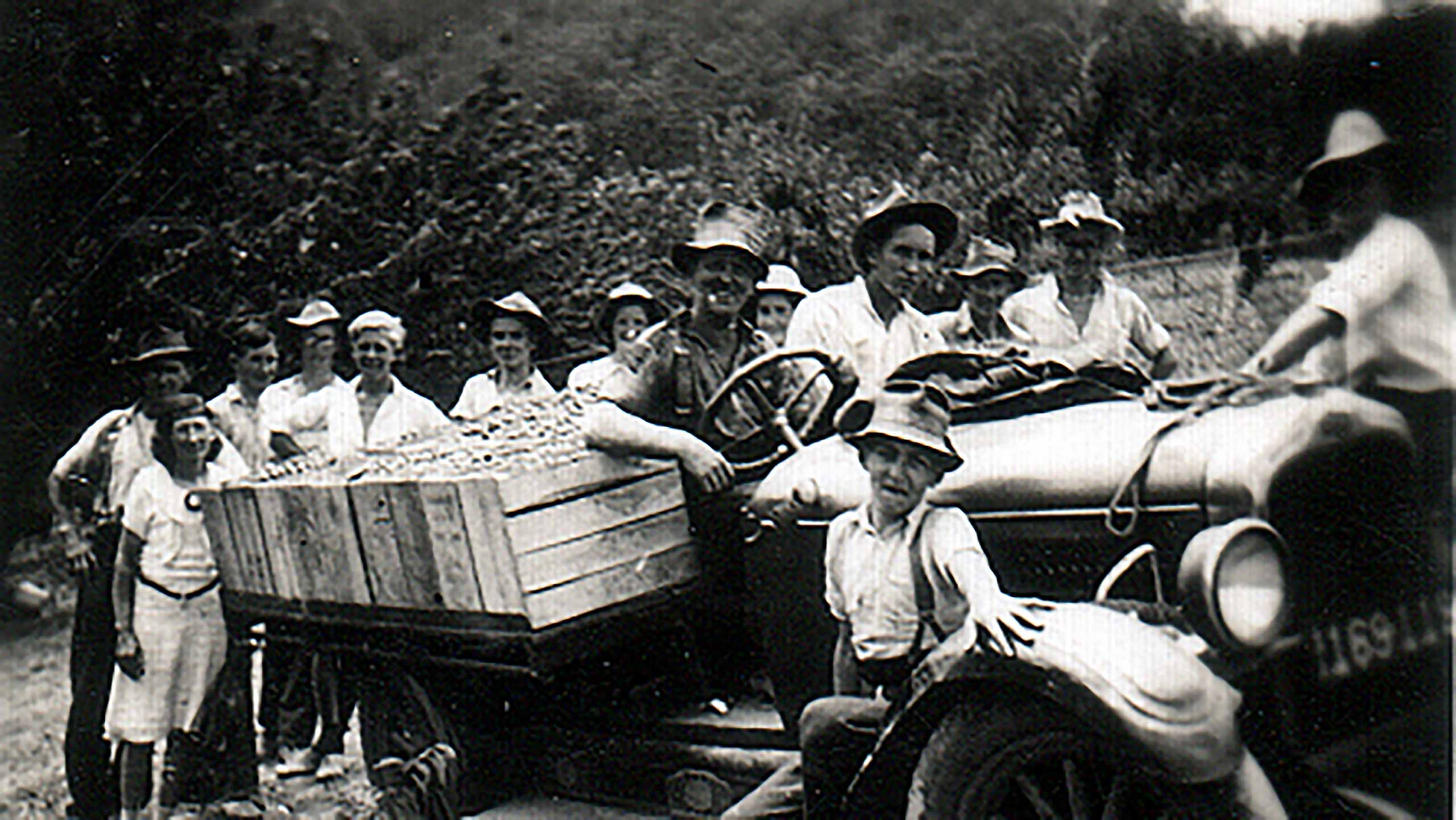 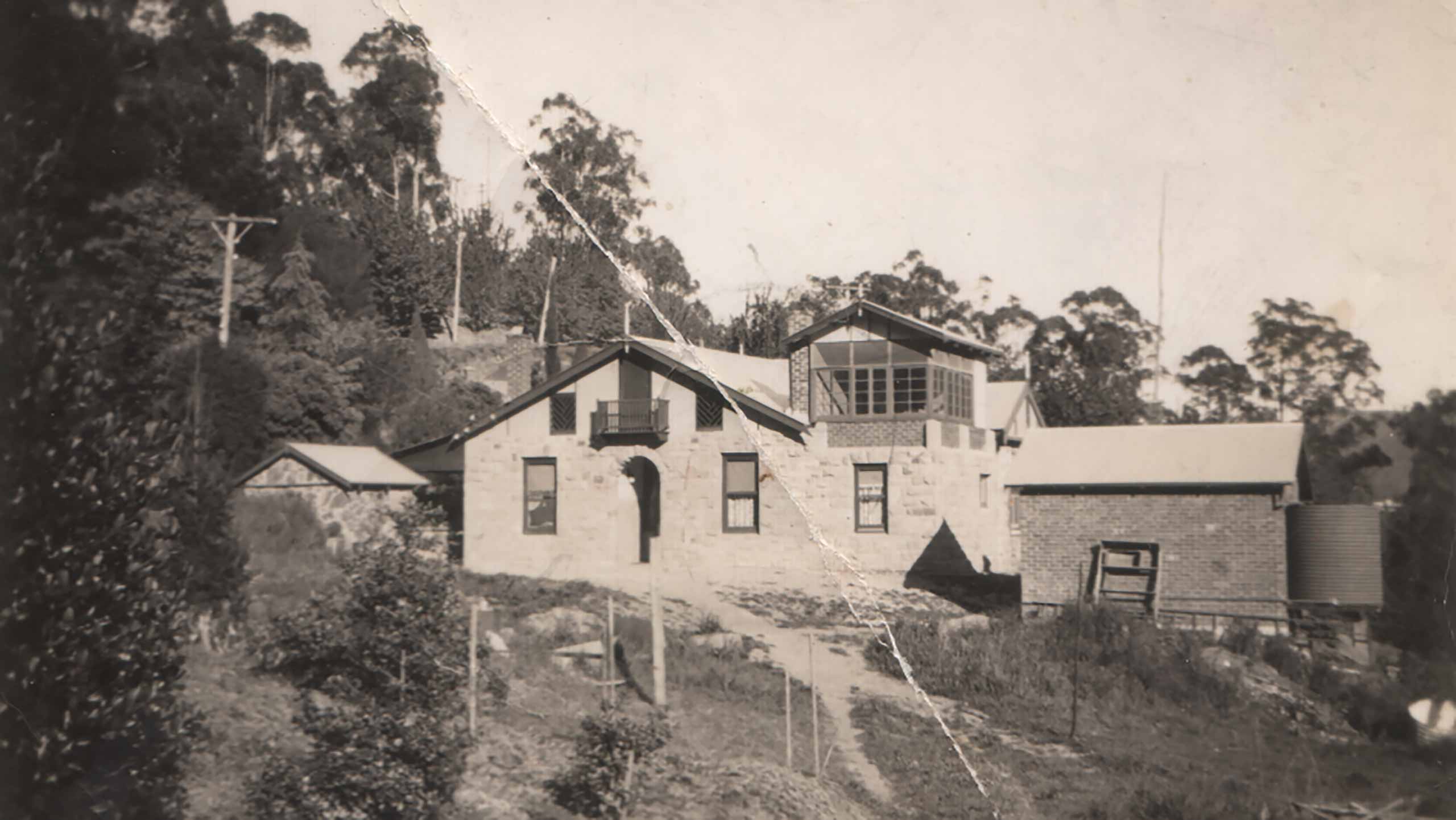 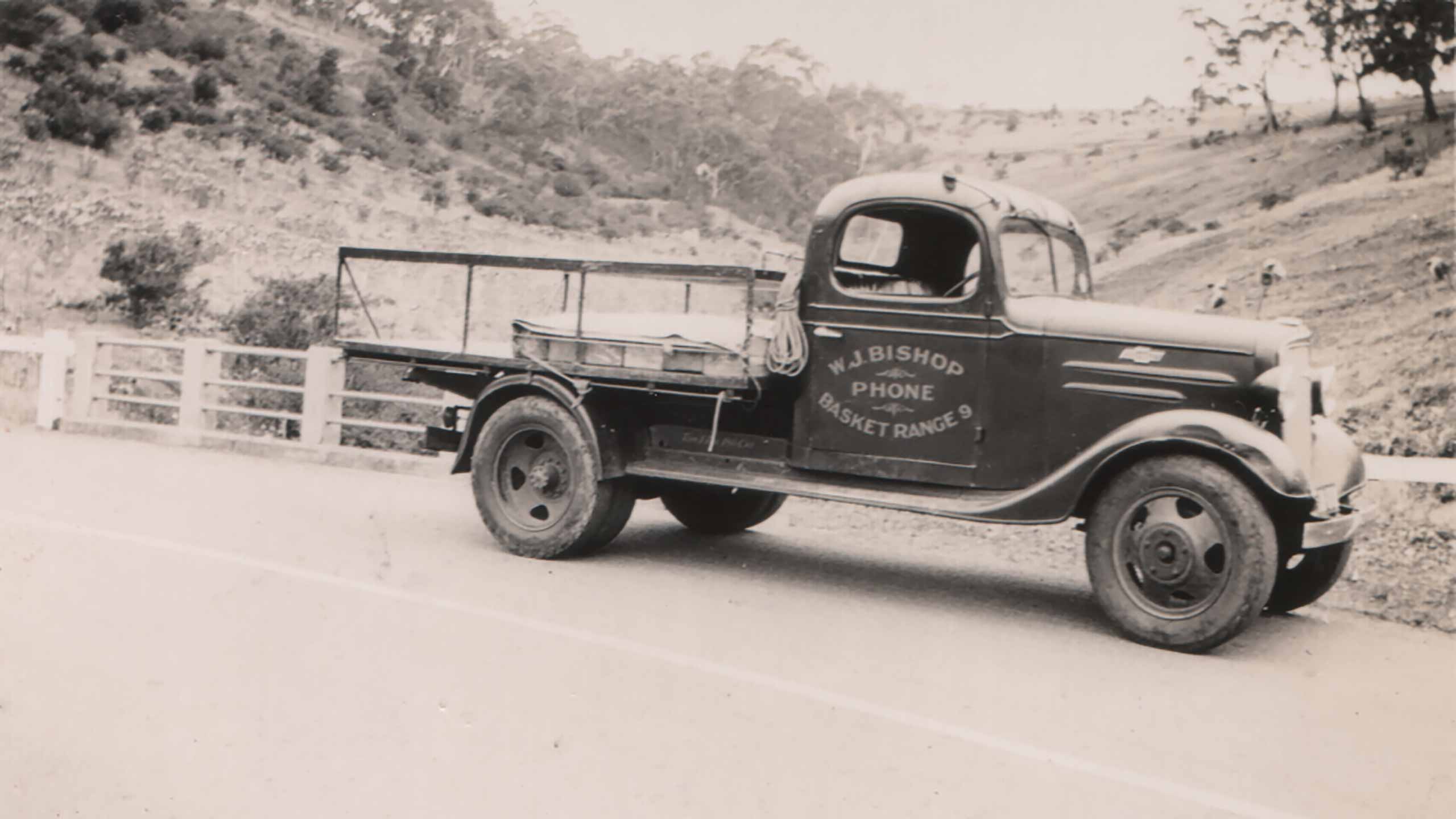 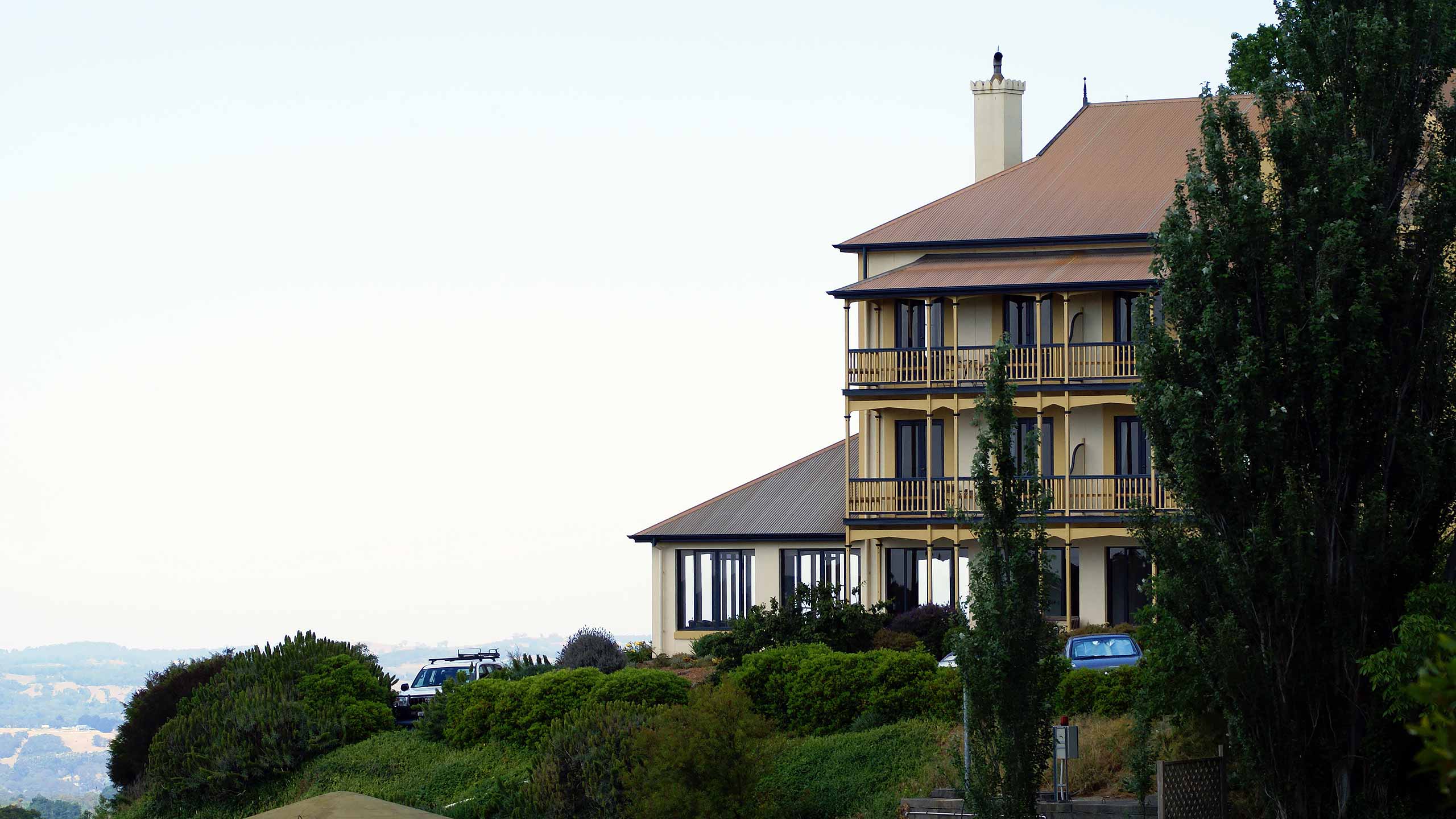 Local History of the Adelaide Hills and Basket Range

Colonel William Light, who founded Adelaide in 1836, described the backdrop to his city as "the enchanted hills".

The prominent spurs of the foothills were simply named Black Hill, Green Hill and Brown Hill, whilst the highest point - Mount Lofty - was sighted and named by the explorer Matthew Flinders in 1802 as he circumnavigated Australia in his ship Investigator. The twin peaks of Mount Lofty and its slightly smaller neighbour - Mount Bonython - were called "Yureilla" by the Kaurna people of the Adelaide plains referring to the "two ears" of a dreamtime kangaroo.

Basket Range is in the steepest and most inaccessible part of the Adelaide Hills - an area once known as The Tiers. The first official European settlers in The Tiers were woodcutters who purchased licences to fell and split timber on Crown Land. Some built stringybark huts and lived with their families in the dense forests. When land was released for sale, many purchased properties and became the first "Toilers of the Hills", clearing the bush, building stone cottages and growing vegetables and fruit for the Adelaide markets.

The East Torrens District Council, which included the area called The Tiers, was proclaimed in 1853, but land at Basket Range was not released for settlement until the early 1860s. The Basket Range Primary School was built in 1885.

Today, the area is much more accessible but Basket Range is still a small, secluded hamlet deep in the Adelaide Hills with winding roads, steep gullies, tall trees and rushing streams. The wooded slopes are now interspersed with a patchwork of orchards, vineyards and pasture and dotted with stone cottages and established gardens.

How “Basket Range” got its name.

There are several theories behind the district's curious name. One popular explanation dates back to the 1840s and ‘50s when German settlers originally from the Harz Mountains, living at Lobethal or German Flat (near Lenswood) carried their produce to market in Adelaide in large wicker baskets mounted on their backs.

In keeping with the early settler’s tendency to use simple descriptive names like “Green Hill” and “Deep Creek”, the most likely explanation is that the name describes the district's special geography. If you stand atop "Alley's Knob" or on Basket Range Road between Basket Range and Uraidla you can soon see why the early English and German colonists called this beautiful pocket of the Adelaide Hills, the "Basket" Range.

There are other intriguing but unlikely explanations as to how the district got its name, but whether named for its history or its geography, Basket Range remains a place of beauty and the junction of Deep Creek and Sixth Creek is still a popular picnic spot.

The Waterfalls at Bishops Adelaide Hills

Nestled against the trunk and shielded by the massive boughs of an historic Royal Oak, The Waterfalls was rebuilt from the ruins of a pioneer cottage.

With views across the valley, Henry's is a fully restored Federation cottage (1902-03), offering luxury country style accommodation suitable for a couple.

Surrounded by cherry orchards, the views from the encircling verandahs reach beyond the cottage garden to the distant paddocks and native forest.

The Adelaide Hills is famous for its beautiful vineyards and orchards and the region offers a wide variety of restaurants, cafés, hotels and wineries.

Bishops is located just a short drive away from local wineries, pubs, restaurants, markets, arts and craft shops, gardens, parks and other attractions.

Basket Range is in the steepest and most inaccessible part of the Adelaide Hills - an area once known as The Tiers.

The original holding of 162 acres was purchased from the Crown in 1871 by James Bishop - who migrated to South Australia and took up land at Norton Summit.

Bishops Adelaide Hills through its primary production arm is a fully operational cherry orchard, producing over 20 different varieties of cherry each year.

The Adelaide Hills Annual Events - There is plenty to see and do when you stay at Bishops Adelaide Hills from bikes, cars, lights, horses, grapes and more.

HOW TO GET TO BISHOPS ADELAIDE HILLS

There are four routes to Basket Range from Adelaide and each one is worth the scenic drive alone - whether travelling via the Greenhill Road through Uraidla, the Old Norton Summit Road along Third Creek, the New Norton Summit Road past the spectacular Morialta Falls or via the SE Freeway to Crafers and through the Piccadilly Valley to Basket Range, all are a great way to see Hills’ scenery.

OUR COTTAGES: The Waterfalls (70 Hunters Road) and Henry's (969 Lobethal Road). RATES: $275/night for 2 or more nights and $325/night for a single night - both for two people, breakfast provisions included.

For Bookings or general enquiries, please fill out the form below and press "Submit"

and we will respond to your enquiry as soon as possible.